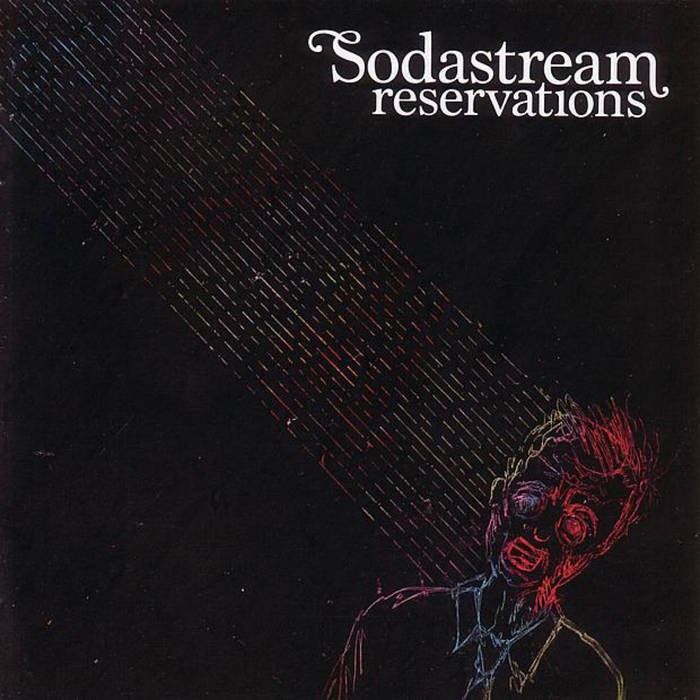 So lay me down
Down by the river
And bury my head in the naked flames
Oh, burn me up and create another
Someone to take the weight and bring peace of mind
And warm July here
Track Name: Anti
When the day gets much to heavy
When I’m caught on a trip wire
When the days are just grey and gritty
These things calm me down
Theses things calm me down

‘cause we got lost
and then fell down today
I let my eyes roll and let these shells rain, on me tonight.

And I’m going to run for a little while
And then I’m going to turn cause I can’t smile
And what have I learned,
Nothing that’ll help me fights.

So bring me hope for a little while,
and bring me peace for a short while,
I’m on my knees and I’ll beat this wall and cry.
Track Name: Twin Lakes
I’ll spend the rest of my days on burned out sheets, out of the need to please
The motel room and the suffering gloom will follow me
Because the reason’s deep there’s no relief
I’ve got someone that I never want to let leave

Tearing down the beautiful things you say to me, to make me feel ok.
I took too much now there’s nothing left to celebrate
And all my body aches in these twin lakes
I’m so tired I just want to get paid

Cover my name my earnest shame in circumstance
We don’t need romance today
The rose it stood by the burning wood on Saturday
I don’t need these things to help me play
One true song that I never meant anyway
Track Name: Tickets To The Fight
Don’t cry don’t cry
‘Cause here we’re standing on a train,
Holding our tickets to the fight down on parkway.
I’ll try to be a an
I’ll try to be a man
Hold my head up straight I the quicksand

Oh… I’m letting you know now,
I’m high on a fence looking right, wanna let go
You might want to be
Yes you might wanna be
More than you are it takes strength to find thee.

and in these times I’ve cried and I’ll left my fingers on
to find out
to find out
Track Name: Anniversary
Bottled in sin,
All of my name,
Part of myself was you
Sink if you can
Nothing is cold,
Death was not far from me

Oh this one, I can say.
Never felt magic in my one
Long distances and I pray
I lost hope in your one

‘cause I’ve tried,
I have tried and I won’t be holding on.
Track Name: Firelines
It’s eight in the morning I’m reading the lines on the pavement
I don’t know where the hell last night gone
I came here to listen but you took me straight to hell
and buried me behind the wishing well

Could have been the Firelines
or the fact that I’m scared
Could’ve been the weight outside that caught me unaware?
and buried me with the things I couldn’t share

Could have been the Firelines
or the fact that I’m scared
Could’ve been the weight outside that caught me unaware?
and buried me with the things I couldn’t share
Now bury me with the things I wouldn’t share
Track Name: Reservations
I stand, here in uncertain times where, signposts are down and I can’t see
for all the fog in my eyes
You need, someone to hold you, you need, someone to mould with and I can’t,
see for the stars in my eyes.

That was where we ran aground and ended this
walked soft and made no sound, with shopping fits

Come back my way now
Don’t leave your girlish pride in the south
It’s warm here, it’s dry but I could learn to live without
And the second time you came back
though your fortunes were in doubt
There’s some thing, these warm things, bring reservations now
Reservations now.

That was where we ran aground and ended this
Walked soft and made no sound, with shopping fits

Come back my way now
Don’t leave your girlish pride in the south
It’s warm here, it’s dry but I could learn to live without
And the second time you came back
though your fortunes were in doubt

There are sunbeams and string beans and reservations now,
Reservations now.
Track Name: Don't Make A Scene
Don’t come back don’t make a scene
‘Cause there’s something on you rely
Fall, come back now let me be
‘Cause the sundown can be nice

Call now love I want to see
‘cause you said you could never find
You say darling, darling come to me
but the distance is where we delight

And you came by to show me
the lines in your hair
We got southern lines out there
Track Name: Young And Able
You might know
What she was trying to hide
The weakness
The weakness there behind her eyes
was real
Could have been
a warning

Featuring Gary Bartz, 5 years of Rhythm Section Intl and an LP of the week by Nicolas Jaar